How to Build Loyalty to Suggestions, Ideas, and Offerings

URL: http://www.insideinfluence.com/current/article_sept.htm
By: By Steven Martin and Noah Goldstein

Consumer researchers Joseph Nunes and Xavier Dreze thought that customers involved in this type of program would show more loyalty toward to the company and reach the payoff milestones quicker if the company gave them a head start—even without decreasing the amount of purchases needed to reach the reward.

In one study, loyalty cards were handed out to three hundred customers of a local car wash. The customers were told that every time they bought a car wash, their loyalty card would be stamped. However, there were two types of cards. One type of card stated that eight stamps were required to receive a free car wash, and no stamps were attached to the card. The other kind of card stated that ten stamps were required to receive the free wash, but two stamps were already affixed to the card. This meant that both cards required eight purchases to receive the award, but the second group seemed well on its way to completing the card with 20% of the stamps needed for the free wash.

Afterwards, every time a customer came back for another wash, an employee affixed a stamp to the card and wrote down the date of purchase. After several months, when the researchers ended the program and looked at the data, their hypotheses had been confirmed: Whereas only 19% of customers in the eight-stamp group made enough visits to claim their free car wash, 34% of the ten-stamp, head start group did so. What’s more, the head start group took less time to complete their eighth purchase, taking an average of 2.9 fewer days between visits to the car wash.

According to Nunes and Dreze, reframing the program as one that’s been undertaken but incomplete rather than one that has not yet begun, meant that people feel more motivated to complete it. They also pointed to research showing that the closer people get towards completing a goal, the more effort they exert to achieve that goal. In support of this idea, the data revealed that the amount of time between visits decreased by about half a day on average with every additional car wash that was purchased.

Besides the obvious application of these findings to loyalty programs of all sorts, the results of this study indicate that when soliciting another person for help on anything, try to point out how that person has already taken steps toward the completion of that task. For example, if you needed help on a project that’s similar to one that this person has worked on in the past, you could emphasize how, in essence, she is well on her way to overcoming the complexities involved in finishing the assignment. And if that’s not the case, but you’ve already done a fair amount of work on the project, you could underscore how the task is already almost 30% completed. In this way, your colleague is more likely to view the project as one that’s already under way but incomplete rather than one that she has to start from scratch.

As another example, suppose you are a sales manager. Your sales team has a target to deliver a certain number of sales, but the team isn’t doing too well in the early stages. If you learned that a large sale that will be processed centrally is already in the offering, rather than keeping the information about this sale to yourself, thinking that you might use it to fall back on if your team doesn’t hit the target, you should consider publicising this sale. In this way, you’d present a progressive effect toward the goal.

Educators, teachers and parents can also benefit from such a strategy. Imagine that your child is being particularly stubborn about doing his homework and you felt compelled to try to offer incentives. If you decided to give him one weekend off from homework for every six weekends in which he does his homework, you might find that he would be especially motivated to comply if you started him off with “credit” for one weekend before your little program officially begins.

The message is clear: people will be more likely to stick with programs and tasks if you can first offer them some evidence of how they’ve already made progress toward completing them. If you use this strategy, like cars at a carwash, your influence will sparkle. 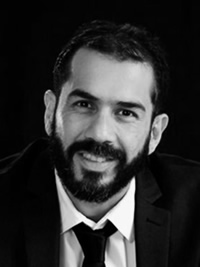